2010 - What a year... | Page 2 | PCSPECIALIST
Menu
Log in
Register
You are using an out of date browser. It may not display this or other websites correctly.
You should upgrade or use an alternative browser.

Scott said:
At that time I was actually on the ZX Spectrum. Granted it was the Sinclair ZX Spectrum +2, but still.

I don't actually remember, but now that you mention it I don't think I did. I know I didn't complete the game and I think he might have been my nemesis.

I didn't get the Amiga until Christmas 92' (A600). My world changed after that point. Handing a guy like me the tools of Workbench and Amos Pro just opened up a new world to me. Between geeking out I mostly played BiPlanes and Stunt Car Racer haha.
Click to expand...

I’ve got my dad to thank for being slightly ahead of the tech curve as a bairn. He loved computers and always saved up to buy the best bit of kit he could. I’ve got fond memories of playing Repton and Castle Quest on the BBC Micro whilst sat on his knee as a five year old.

Then he got an Amiga 500 and that’s probably the happiest I ever was as a young gamer. With the vast library of what I can only assume were pirated/copied discs (easily 250 games within 6 months of owning it) I had endless access to entertainment.

I also loved a bit of Biplanes, if you ever fancy a game.... 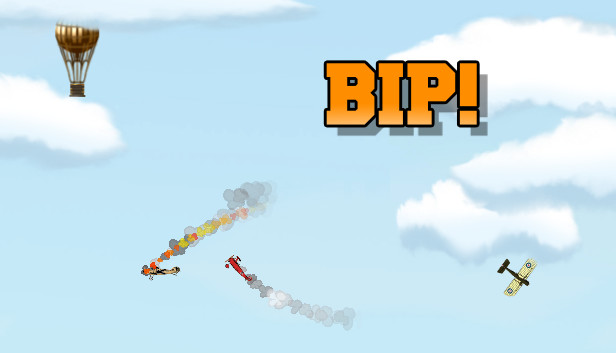 Take to the skies with up to three friends: Biplanes! gives you non-stop dogfighting action. Designed for the big screen and inspired by the Amiga classic Biplane Duel, fight against each other, singly or in teams, or band together to take on the bot pilots.

Moderator
I don't know where my interest came from to be honest. Past a good space shooter my Dad had zero interest in computers/computing or tech..... in fact noone in my family did.

I'm the go-to for tech with everyone in my life (real world). No idea where it came from to be honest.... to quote Good Will Hunting... like Mozart, I could just play

I've always said that Watchmojo are known for putting out nothing but fluff pieces of videos which pass 10 minutes if you're bored, but now I know they agree with me about 1998, they're now my favourite content creators on Youtube!

I can remember playing Space Invaders in the 1980s on our first ever computer, a Sharp MZ80K.


Sent from my iPhone using Tapatalk

Not a gamer, but years ago i played Doom occasionally

I was 12. I remember being in a shop (somewhere like WH Smith for anyone UK based) and I saw this brightly coloured Nintendo magazine on the shelf with a monkey plastered across the front. That monkey was 'Diddy' from Diddy Kong Racing. I remember it so vividly. Something just switched inside me and 12 year old me wanted nothing more in the world than the new Nintendo and this new monkey racing game. I managed to get the magazine there and then, but I had to wait until Christmas for the console where, sure enough, I also got Diddy Kong Racing. I played that game relentlessly and that ignited my love for gaming, certainly consoles.

They were great times.
G

I remember when Doom was released and we had it on our works network.

we also had Wolfenstein but the main game played was Geoff Crammonds F1GP.

Just those 3 games alone had a major influence on 3D shooters, networked games and driving Sims (being able to tweak your F1 car was just wow).

it definitely brightened up our night shifts lol.

I remember when Doom was released and we had it on our works network
Click to expand...

Gotta say though....2000 was the year of the game for me....how can we possibly forget the classic games that was

AgentCooper said:
Ditto. I can see you and I having some serious back and forth chat about FFVII when it lands

Chocobo breeding just to get the Knights of the Round Summon - so many hours logged on this game lol!!!