[ENDED] Win a PCSpecialist XXL Mousemat! | PCSPECIALIST
Menu
Log in
Register
You are using an out of date browser. It may not display this or other websites correctly.
You should upgrade or use an alternative browser.

Staff member
Hey... here's a fun little competition for our forum members to win 2 of our PCSpecialist XXL Mousemats.

We are starting to get into the festive mood on the run up to Halloween!

Be creative, comedic or throw a twist in there, your choice! The best ones that spook us out or make us giggle will win our XXL Mousemats! Keep it clean please Drop it in this thread.

@ our Mods - you are welcome to join in as well

We'll pick the winners on the 30th October! Good luck guys and I look forward to reading your spooky stories

EDIT: With there only being 3 entries!

I've decided all three of you win an exclusive PCS mousemat

The stories were great and I totally appreciate the efforts from all! I'll drop a PM to you guys! 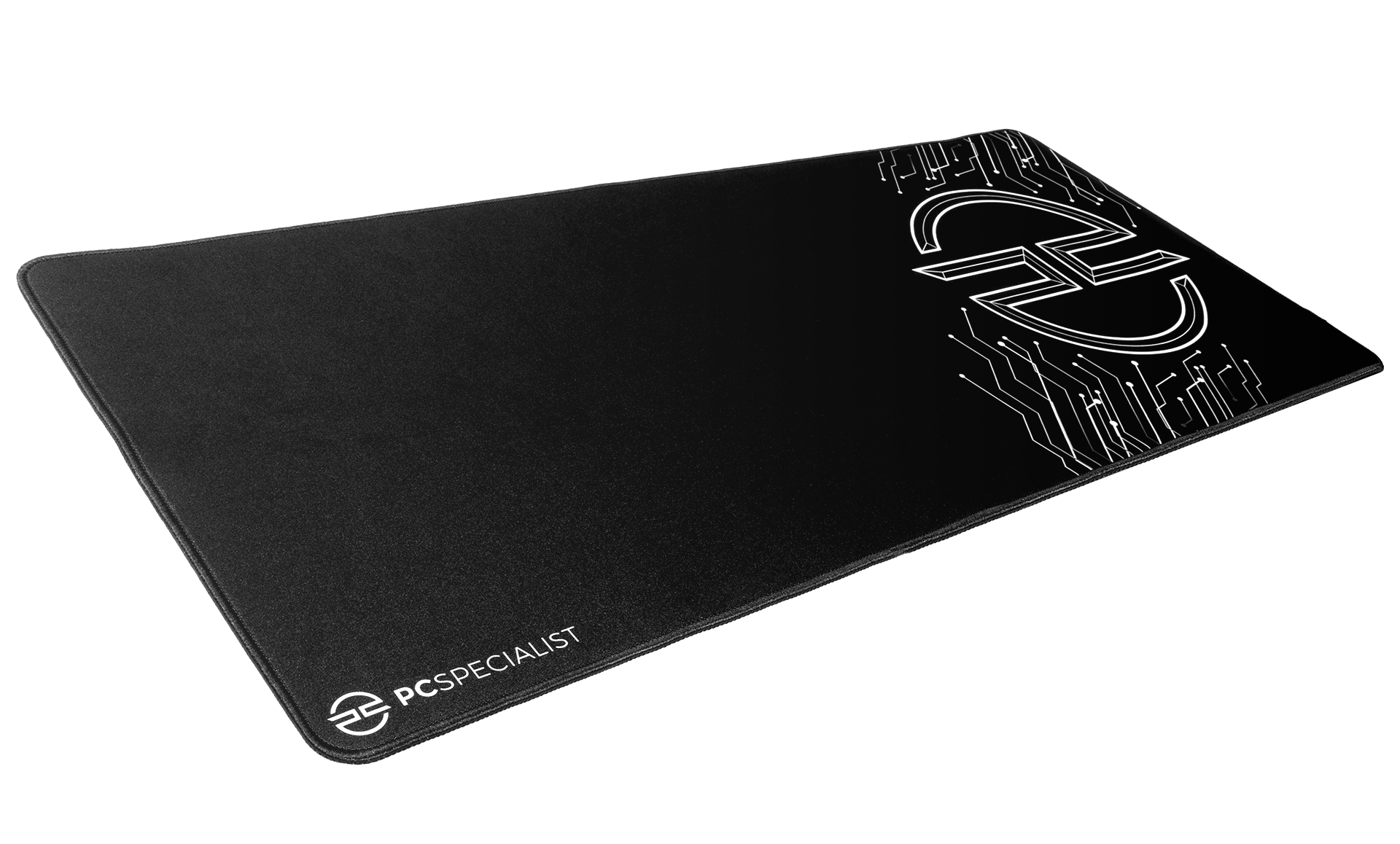 My grandma's parents used to practice spiritualism and one day whilst out on the bus, her dad told this random person not to go to work the next day because he could sense that something terrible was going to happen. Apparently the guy disregarded the information (as you would from a complete stranger) and went to work the next day. The crane which he was working in toppled over and he died. Do I believe it? Sure i don't have a reason for my gran to lie to me and nor would i see i reason why her parents would have lied to her but i am naturally a sceptic.

My Gran always said to my Grandad when one of them passed they are to try and let the other know of their presence in one way shape or form. My Grandad was disabled due to a stroke from a young age and he used to bang his walking stick on the floor for attention as he was unable to get up on etc by himself. After his passing there were several nights that passed where she would still hear the banging on the floor. Was this his way of communicating with her? I like the mindset of what they agreed to do should one of them passed, maybe there is an afterlife;
whoooooo whoooooooowoo oOoOOoOoOo.

The "crystal ball" that was used by her parents was actually passed down to me, it is now just thrown in a box somewhere as i was never able to predict the winning lottery numbers and found no use for it as i had no plans to practice spiritualism!

Moderator
The blackness was total, Colin had never seen it so black. The loss of light struck him like a hammer, he could feel the blackness drawing him in. He struggled to remain calm, breathe he told himself, slowly, evenly...and think.

It had all been so normal. He'd written the date and then blackness, nothing but blackness. Wait....the date. 31st October. Halloween. The night that demons and evil spirits roam the Earth. Colin didn't believe in God, the Devil or angels, but demons were different. He believed in demons all right, he had a few of his own.

He knew it must be the 'Trick or Treaters'. For years he'd just slammed the door in their faces, they were just kids after all, dressed up as ghosts, vampires and witches. They weren't real demons....were they? Slamming the door didn't stop their incessant ringing of his doorbell though, so a couple of years ago he'd hit on the idea of drawing all the curtains, leaving all the lights and the TV off and pretending he wasn't home. Eventually they just stopped coming to his house at all. Success!

Now he understood that it was payback time. The real demons had come to seek revenge for his years of unkindness to the kids. They were there in the blackness of the thing on his desk, he could feel them. Colin closed his eyes and prayed to any gods who could hear that if only things would go back to normal he'd always give sweets to any 'Trick or Treaters' who came to his door, for as long as he lived.

Then the buzzing started. The rattling, banging, buzzing. It was on his desk and it was coming towards him! Colin was too scared to look and he froze in terror as the buzzing rattling thing walked across his desk towards him. He stifled a scream, but when it flopped onto his lap and buzzed and throbbed there he let out the loudest most desperate scream ever. Instinctively he brushed it away with his hand and it flopped onto the floor with a dull thud.

Then he heard the voice....”Colin? Colin?”. It was Mary's voice and it was coming from his phone. Which was strangely on the floor instead of on his desk. “Colin, are you ok?” she asked. “Help me” he whimpered, “please help me”.

“Colin, what have you done?” she asked. “I know”, whispered Colin, “it's my fault. I've been horrible to the Trick or Treaters. I promise on my life that I will never turn them away again, just make it right again. Please?”.

“No”, said Mary, using her schoolmistress voice, although she was in fact a doctor, “what have you done to it”. She knew! As the panic began to rise again the blue light startled him. His pupils shrank and he shut his eyes instinctively. “It's gone blue” he cried “it's gone blue!”.

“Colin” said Mary, still in her schoolmistress voice, “what does it say?”.

Say? thought Colin, why would it say anything? “Open your eyes” insisted Mary, “and tell me what it says.” Now she was getting cross, Colin could hear it in her voice. He gripped the phone ever tighter trying to draw strength from it. He opened his eyes...


“It says IRQL_NOT_LESS_OR_EQUAL, is that bad?”

You are taking a shower.


It’s not the type of shower you take before a job interview, maybe aiming for your cleanliness to impress somebody or someone supposedly worthy of impressing, nor is it the type of shower you take after a long workout at the gym or after a jog, or after whatever it is that applies to you. No, you’re in your bathroom right now, standing under the soothing beam of hot water with wisps of steam spiraling off of your back, because you’ve got nothing better to do tonight, and you like that squeaky-clean feeling before hitting the hay, and, although this isn’t your first shower today, at least you can sleep easy knowing you’re cleansed of the day’s many stresses.

It’s all there, but you don’t so much as touch it.

For now you’re just letting the water’s steam filter through your pores, and enjoying the simplicity of it all.

The lights go out.

Startled, your feet squeal on the floor of the shower and you pause to make sure the sound was from your own.

The sound of water hitting the floor in the dark.


You feel as if you’re not alone in the room. Which is impossible, because you’re the only one in the house.

The sound of the switch had been unmistakable.

You stay under it, under the water, your one and only landmark. Feeling around, your hands meet the slippery shower tiles, and you feel like a mime trapped in a blank box as you fumble for the adjacent wall, then grab the curtain, finally something real, something you can touch that’s now in front of you and will stay static as you reclaim your bearings.

Outside of the shower, something starts choking.


You abruptly stop breathing. Strain to hear. It’s a gut-wrenching cough that wheezes in and out, and your hand freezes before recoiling back to your torso in shock. And in the middle of the bathwater rain noisily splashing by your feet, you hear its footsteps inching closer as it struggles to breathe. The thump of pads on the floor stepping closer. You can do nothing but press your back against the wet wall behind you in paralysis, to the point where the sounds are less than a foot away from where you remember the curtain to be, at your own eye level.

That’s when the lights come on and the choking stops. You shut off the water. All is quiet and you look to either side just in case, remembering all the horror movies you’ve seen in your entire life at this moment. Not a sound except the gurgling of the drain at your toes, sucking down the last of the water calmly like it had all been in your head and none of it had happened.

You’re standing there, dripping wet and naked, when you realize you’ve got to step out and meet whatever’s there, waiting on the other side of the curtain.

Moderator
I just wanted to say a massive THANK YOU to all at PCS for this incredible mouse mat. Well, you call it a 'mouse mat' but it's more of a desk cover! It's absolutely perfect, it stops the keyboard wandering across the desk and provides a massive area for the mouse. No more falling off the edge of the mouse mat now.

Seriously, this is a fantastic product and everyone should buy one, it really is superb. 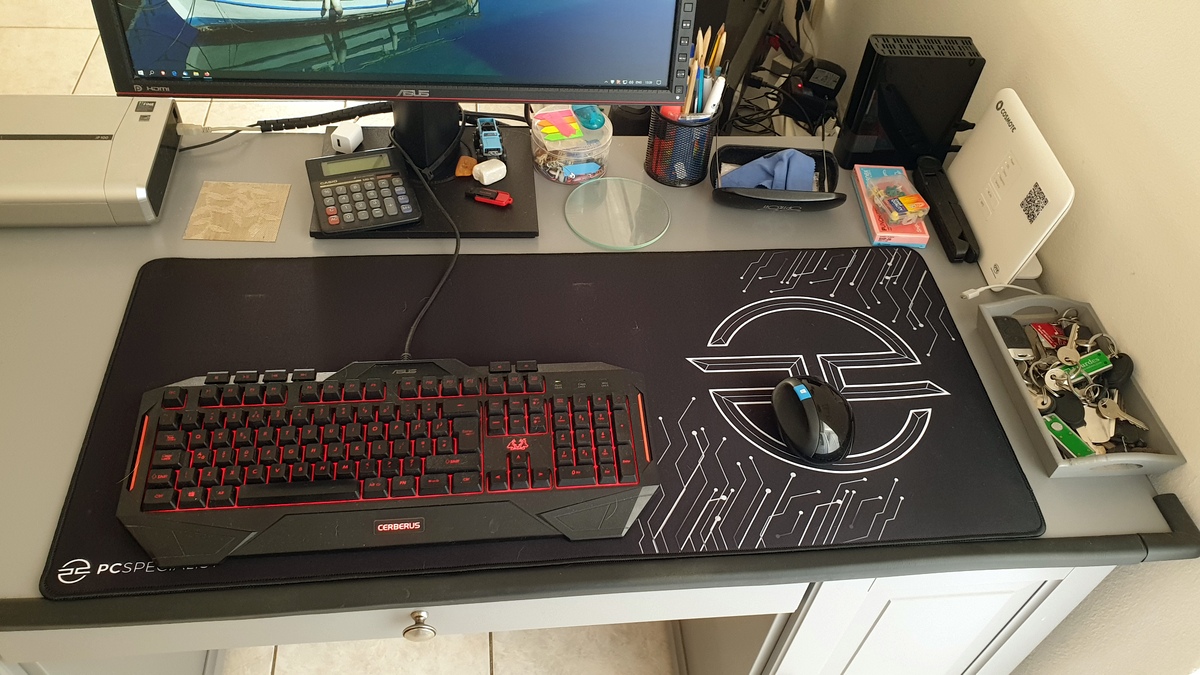 Grats to the winners!
T

Yes thank you so much guys for the new "gaming surface". I'd been thinking about getting a larger one for some time, and I love it! Though it has some issues actually fitting on my desk with the new monitor. 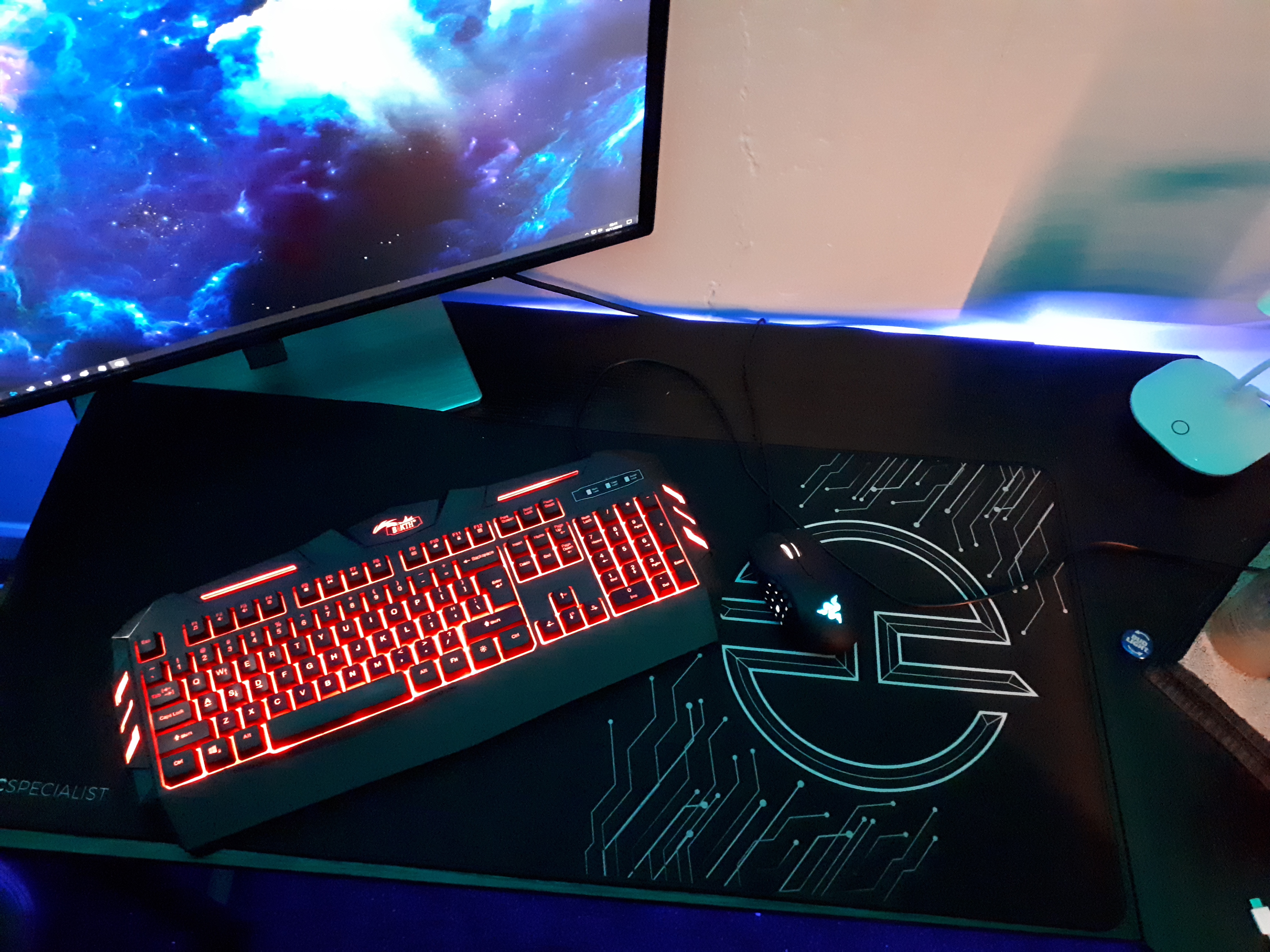 Anyone remember the 1970s TV series Land of the Giants, just wondered if that was where the mouse mat came from.

Great stories from you all, wish I had seen this post when it first appeared.

Stephen M said:
Anyone remember the 1970s TV series Land of the Giants, just wondered if that was where the mouse mat came from.

Great stories from you all, wish I had seen this post when it first appeared.
Click to expand...

Yeah I've vague recollections of it

is it yorkshire tea proof i keep spilling my tea
B

oldtimer2020 said:
is it yorkshire tea proof i keep spilling my tea
Click to expand...

Yorkshire tea corrodes stainless steel, so a mouse mat is sure to be no match for it