Opening the box, the laptop looks and feels smart. At 1.7kg, and approx 20mm thin, it's immediately clear that this is a nicely portable device that I was looking for. The power supply weighs in at just under 700g (including cables and plug), with the brick itself about the same thickness as the laptop itself. No mean feat for a 230W supply.

This is a QHD (1440p) screen, and it’s a joy. Colours are vivid (and adjustable with the control centre app), the screen is nice and bright, and has no problem looking great on the games I’ve tried so far.

This is one aspect of the device that’s not perfect. There is a slight but noticeable bulge in the middle, and the layout feels somewhat cramped. I think this is part of the compromise involved with having a laptop this size with a number pad as well. The keys themselves seem OK, but perhaps slightly less pleasant to type on that my previous (HP Omen) laptop from around 2017.

The machine seems to fit together nicely, and feels good and sturdy, especially considering its light weight. One thing I’ve noticed is that when closed, the screen is held clear of the keyboard by the hinges (obviously) and small rubber bumpers on the opposite edge. That means it looks like it would be possible for the screen to flex and touch the keys if pressure was applied in to the middle. That’s not something anyone would normally plan to do, but could happen when in a crowded bag, of course.

I’ve not spent much time taking the laptop to bits, but I did remove bottom cover to add my own SSD, in addition to the one supplied by PCS. It was pleasingly easy to get into- just some screws, no fiddly plastic clips. It was easy to fit the extra SSD.

I have not run much in the way of benchmarks, but I can say that the performance of this machine seems very good. I tried the Witcher 3, which ran smoothly. Age of Empires 4 was taken in the stride of the machine, at 1440p resolution. Running a benchmark on Civ VI, I saw frame rates of around 140fps, when running in Game mode.

I’m happy with this laptop. Particularly with respect to the screen and portability. It’s not perfect, but what is?! 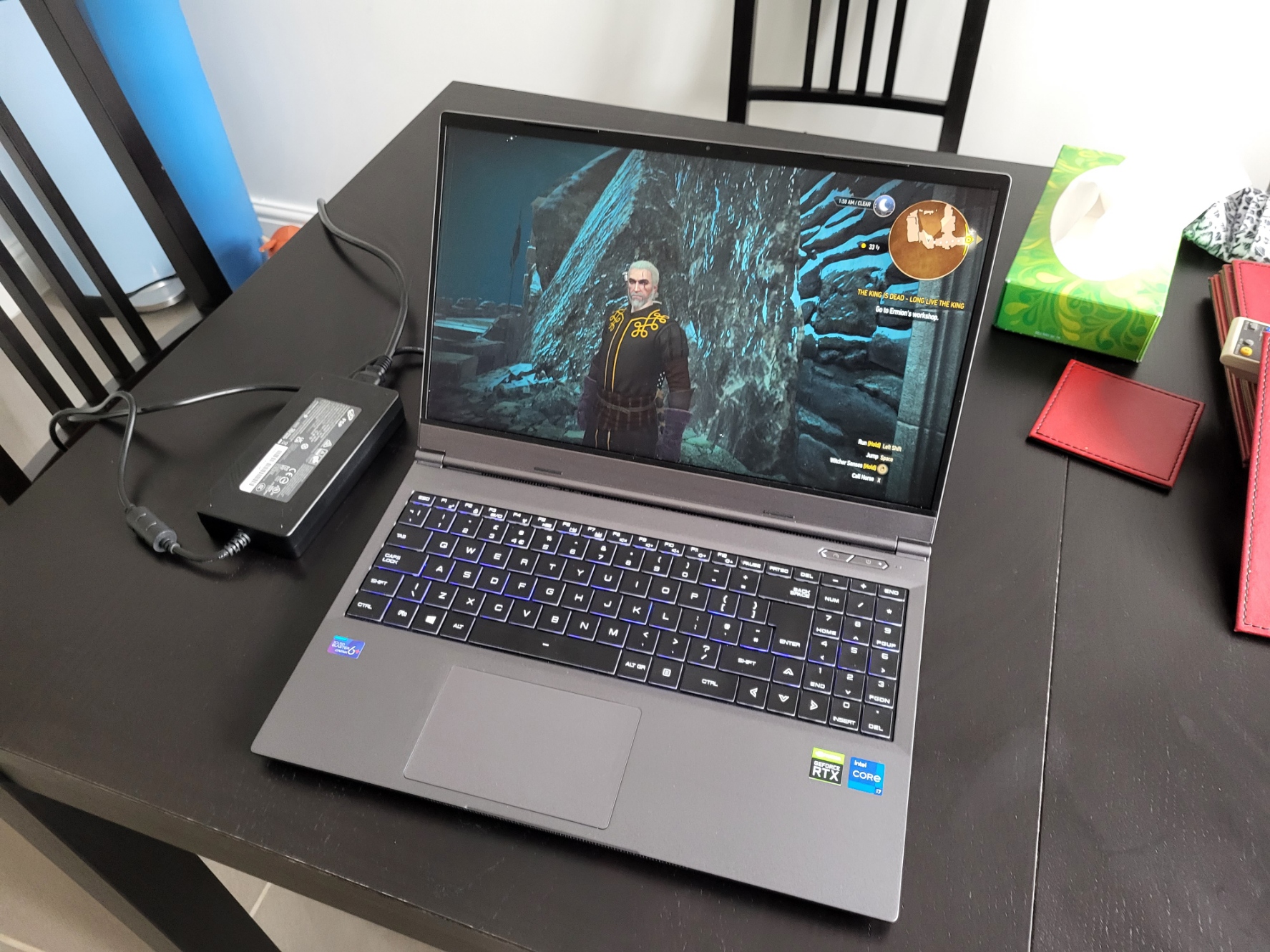 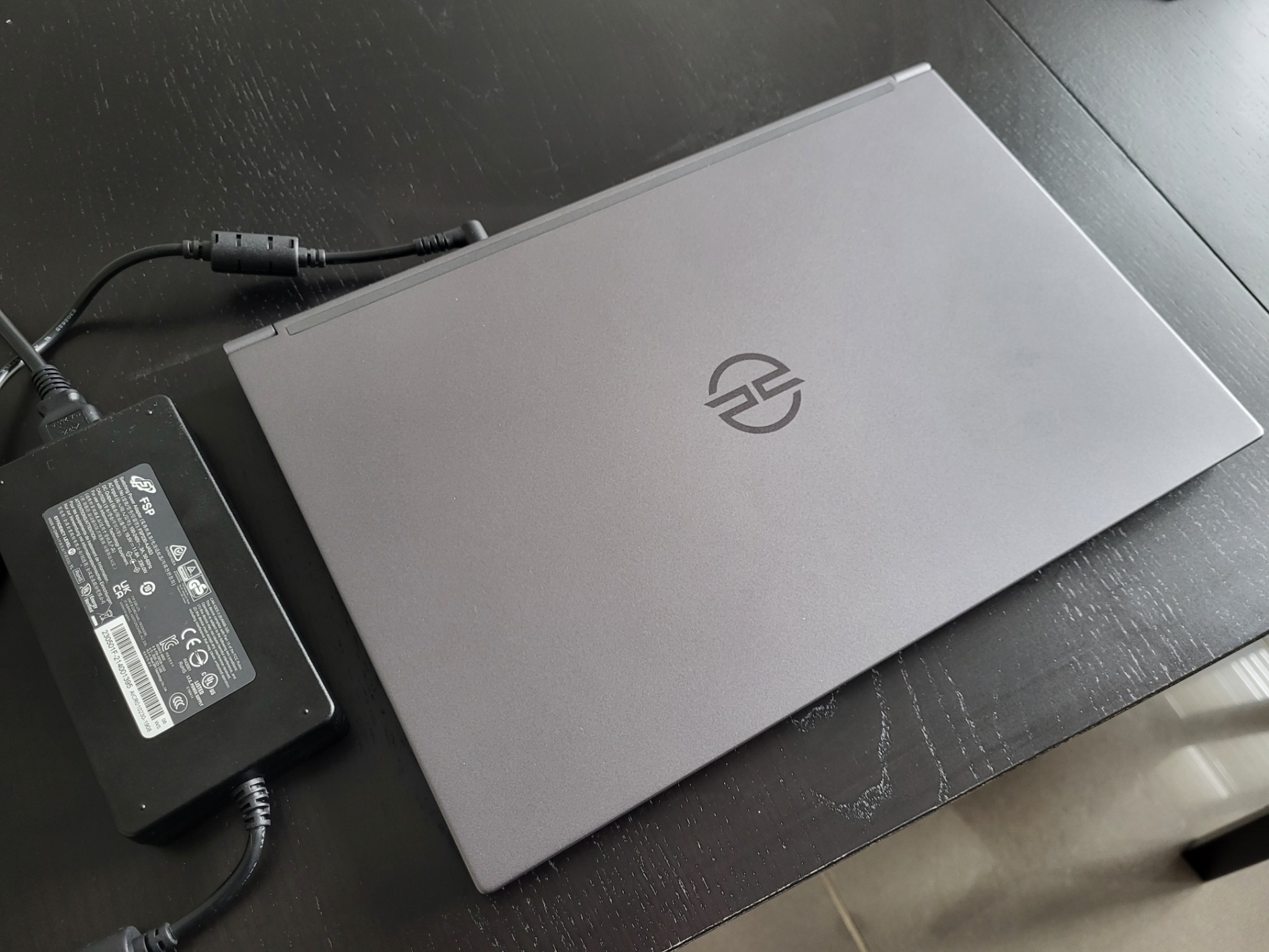 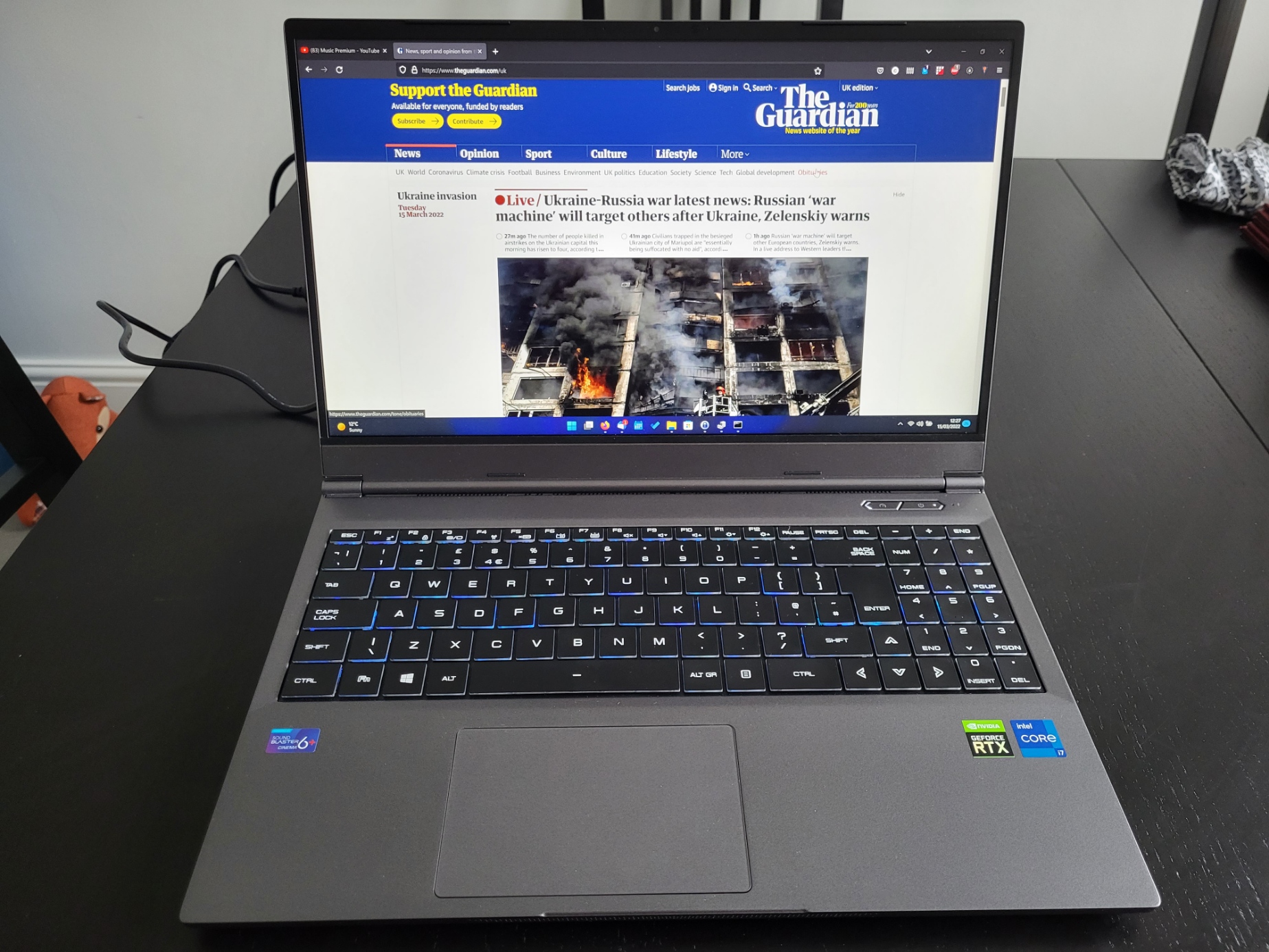