New to the forum! Looking for some friendly advice.

Hello people my name is Ryan and I'm from South wales/bristol area! Been gaming for years started off ps1, ps2 then went to xbox 360 and xbox one, been waiting for the new console to come in stock but even so haven't got the funds outright to commit so something I don't know when I'll be able to buy. Anyway my mate had a gaming pc built for him and has been going on about it, I know a few others that have either built or bought their computers and they've not a bad word to say about them. So I thought if I could buy the parts individually each week then be able to commit to the more expensive parts when I know what I'm going to get. Very new still learning but I have a friend who will help me but wanted to get acquainted with everyone on here as I imagine there's going to be a few questions fired.

I'm going to ask one now infact to save opening a whole new thread just incase someone can answer it straight away!

I've managed to get hold of an origin genesis case. Its massive! I've stripped it down for cleaning and to get to know it and how it assembles dissasembles and I've noticed there's alot of places for fans, now I know I'm not going to build the beefiest rig ever but I wouldn't mind utilising all of the fans as surely the cooler running the better. I can get three 120mm fans on the top three 120mm fans underneath one 120mm in the rear. In the front of the case there is no mounting brackets for a 120mm fan far too wide. Also seen a cpu cooler with radiator im assuming that would take the space of two fans but maybe fit in the front.

Also in the case was a 5 quick slot hard drive? That takes up nearly half of the front of the case. Is this worth keeping? I didn't realise what it was before I took it apart?

So many questions! Really keen so though so thanks if you've read this!

also absolutely fried my brain I know I'm not a whizz but the back of the computer was like blanked off with just metal fan holders and the top was where all the hdmis and usbs plug in! Realised when I unscrewed it all its modular so you can mount your motherboard different ways.

Don't ask about the colours of the walls either holding a pub and there's no point painting it by the looks it'll be gone soon! Cheerio 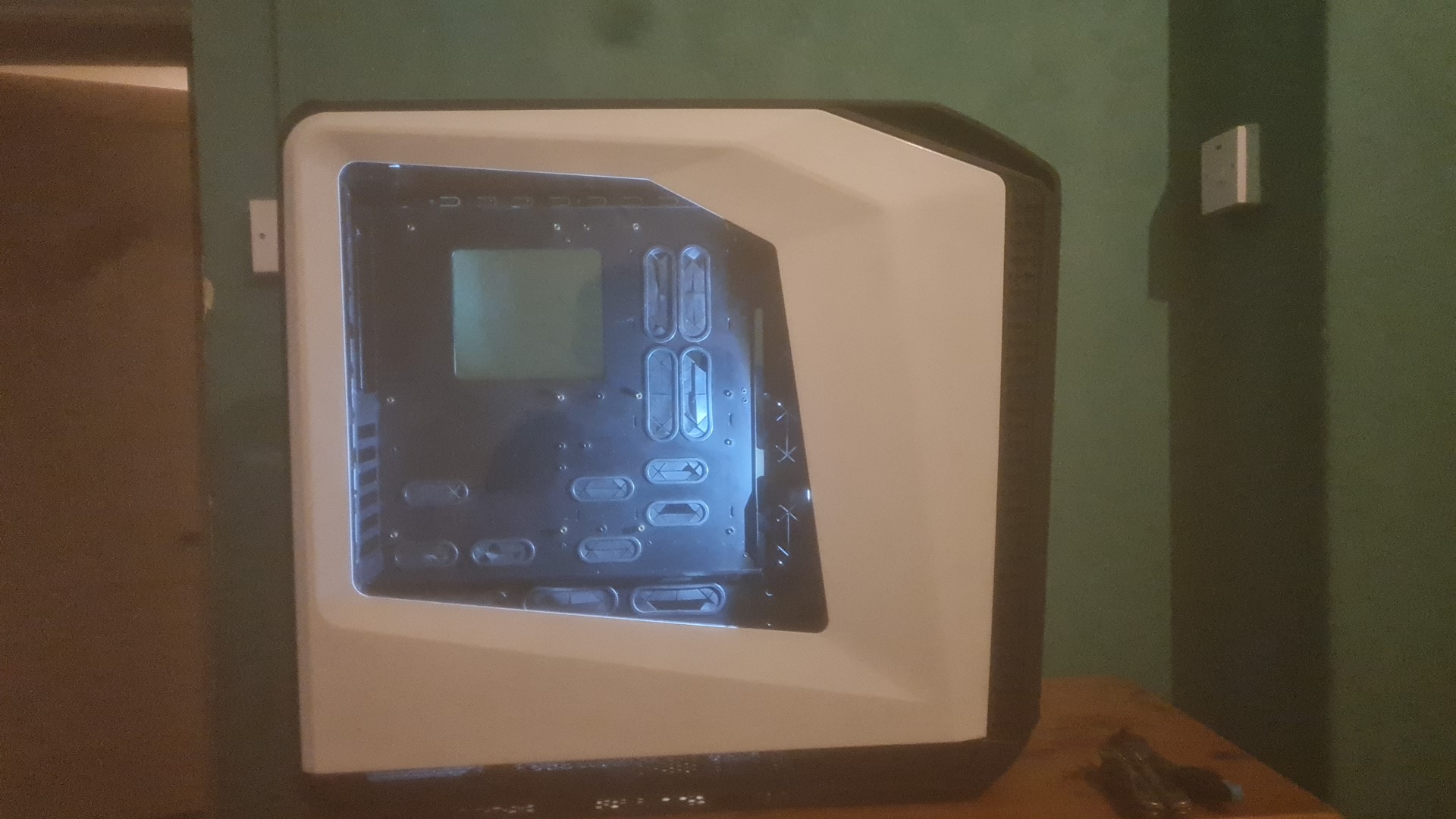 Also just measured the front inside of the case where the fans should fit and the 5 quick slot hard drive thingy lives and its 150mm with no mounting brackets for fans.

Hey Ryan! Welcome to the forum! From what I've read, it looks like you're looking to custom build your own PC. As PC Specialist is a system intergrator, we don't advise on self builds or competitor builds on these forums. If you're looking for open forums, a good place to start would be Tom's Hardware forums, they should be able to help.

Alternatively, PCS do offer a service to send in your own case (so you'd be able to send in the case you have here) and they'd be able to build in it, you'd just need to make sure all the parts fit. If you want to do that, we'd need some info from you which can be found from the top of this thread. If you do a self build I'd recommend giving a read of the AMD vs Intel thread anyway. If you're unable to pay for the build upfront, that's okay, PCS offers a 4 year finance plan option on their builds along with an option to pay 0% interest if you pay within the 1st year, for that you'd just have to pay a £35 early settlement fee, if that's something you'd be interested in.