Graphics drivers are one of those annoying products that the in built uninstaller doesn't actually fully uninstall it, and so these wonderful developers created DDU which is an industry standard tool and really well supported.

Now, first things first, it's not a standard installer. When you run the installer, all it does is extract the contents to a folder in the location you tell them. You can put it anywhere, doesn't have to be in your program files.

Then you'll have the extracted folder, go into it and run "Display Driver Uninstaller.exe"

When it first runs, it will show a warning saying that it could ruin things. They have to say this as a protection for themselves. As with any software, it's used at the users own risk.

Then you'll be presented with a list of options: 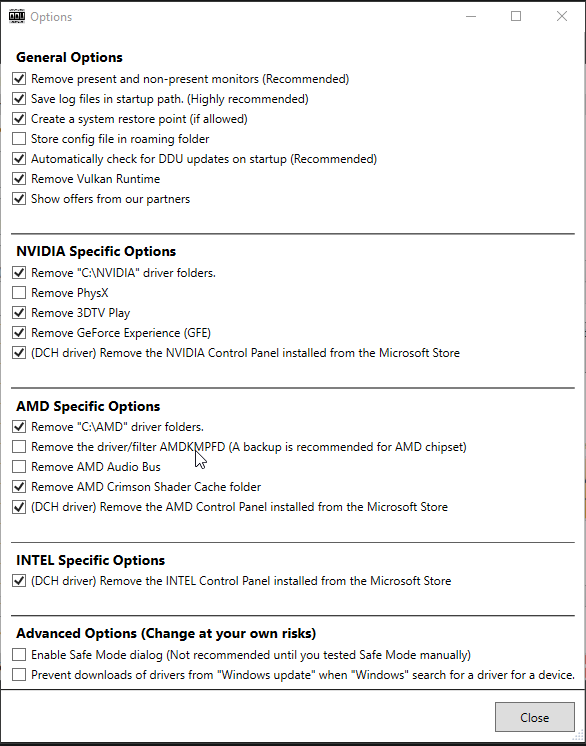 The rest you can leave as per defaults and then click the close button.

Now you will open the main screen. Don't be put off, it's actually much simpler than it appears. 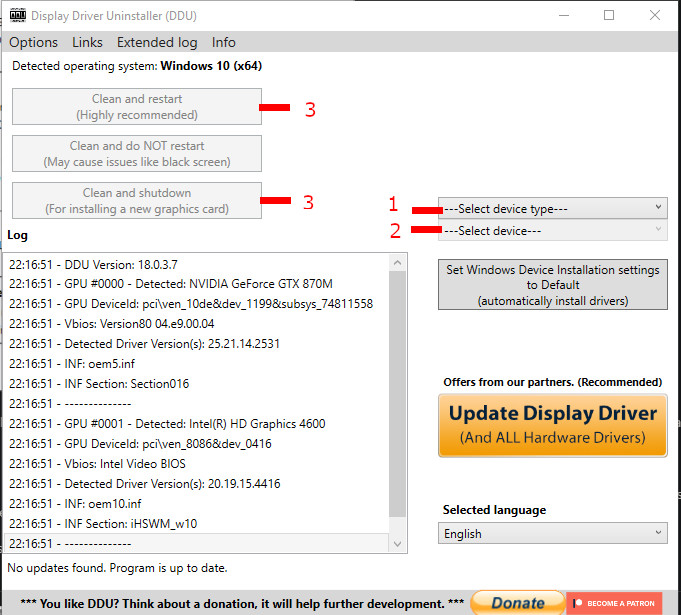 2/. Select which GPU you want to uninstall, it lists NVidia, AMD or Intel (if it's an integrated GPU, this is almost never used, we're primarily troubleshooting dedicated GPU's). Just select the make of dedicated GPU you're wanting to fully uninstall.

Once you've selected those, then the "Clean" options will become available.

If you want to simply wipe the driver ready for reinstall, select "Clean and Restart"

If you want to swap GPU for a new model, then select "Clean and Shutdown". That way it will fully shutdown ready for you to remove the card and install the new one before booting again and installing new drivers.

This goes into it really well: