The box had a very minor dent however I'm sure this happens to a lot of packages. Arrived exactly when it said it would be so I wasn't stuck waiting around 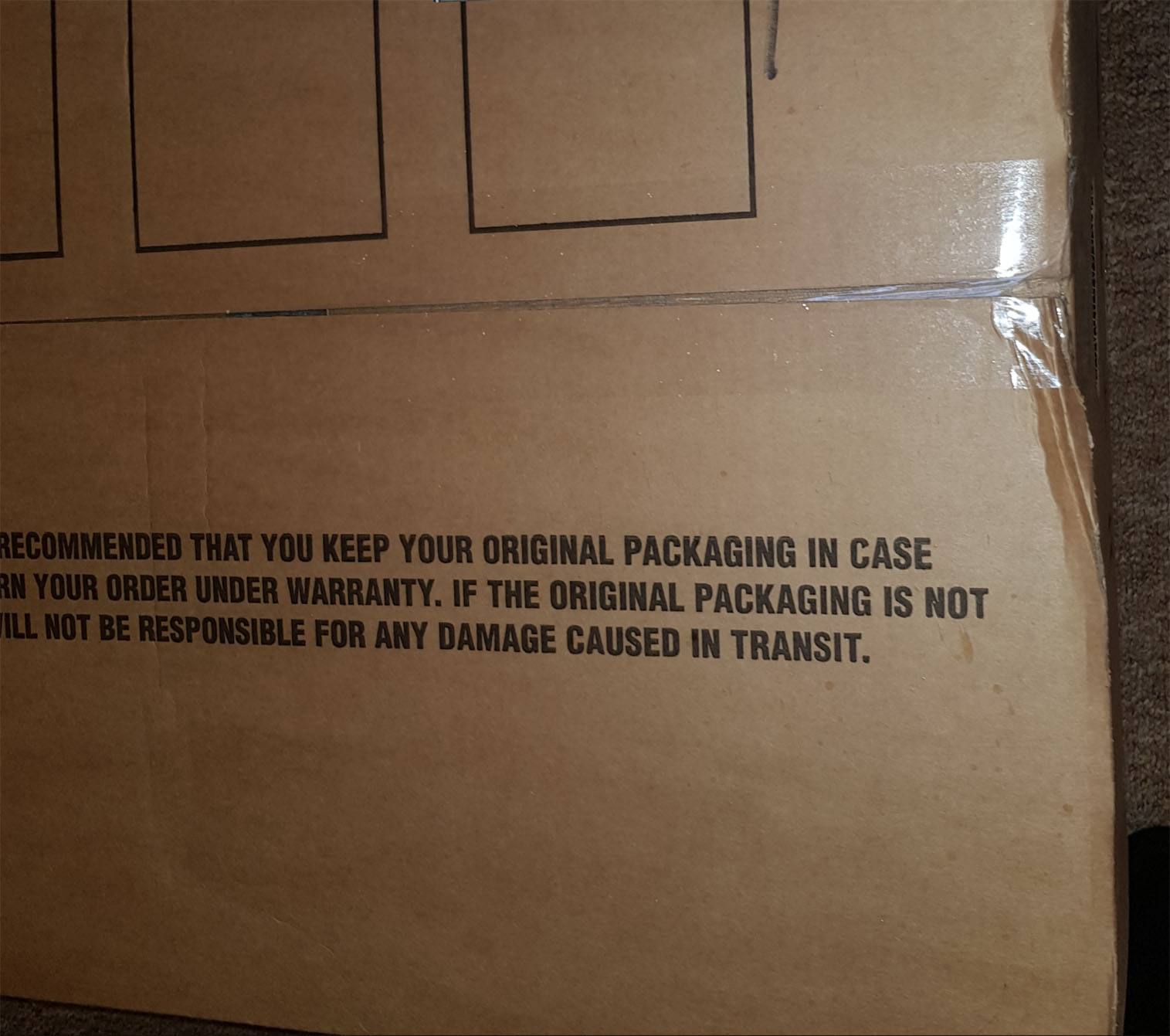 The Computer itself performs amazingly, especially compared to what I had been using before, I'm actually able to play my entire steam library now. The startup time has been really impressive too, not sure why I didn't go for an SSD years ago

The RGB lights in the case look great, but it's a shame that the fans don't sync with asus aura and are instead controlled using an RF Wireless remote
Two of the led's on each fan also seem to be slow to update meaning that they noticeably lag behind making any two color preset not usable 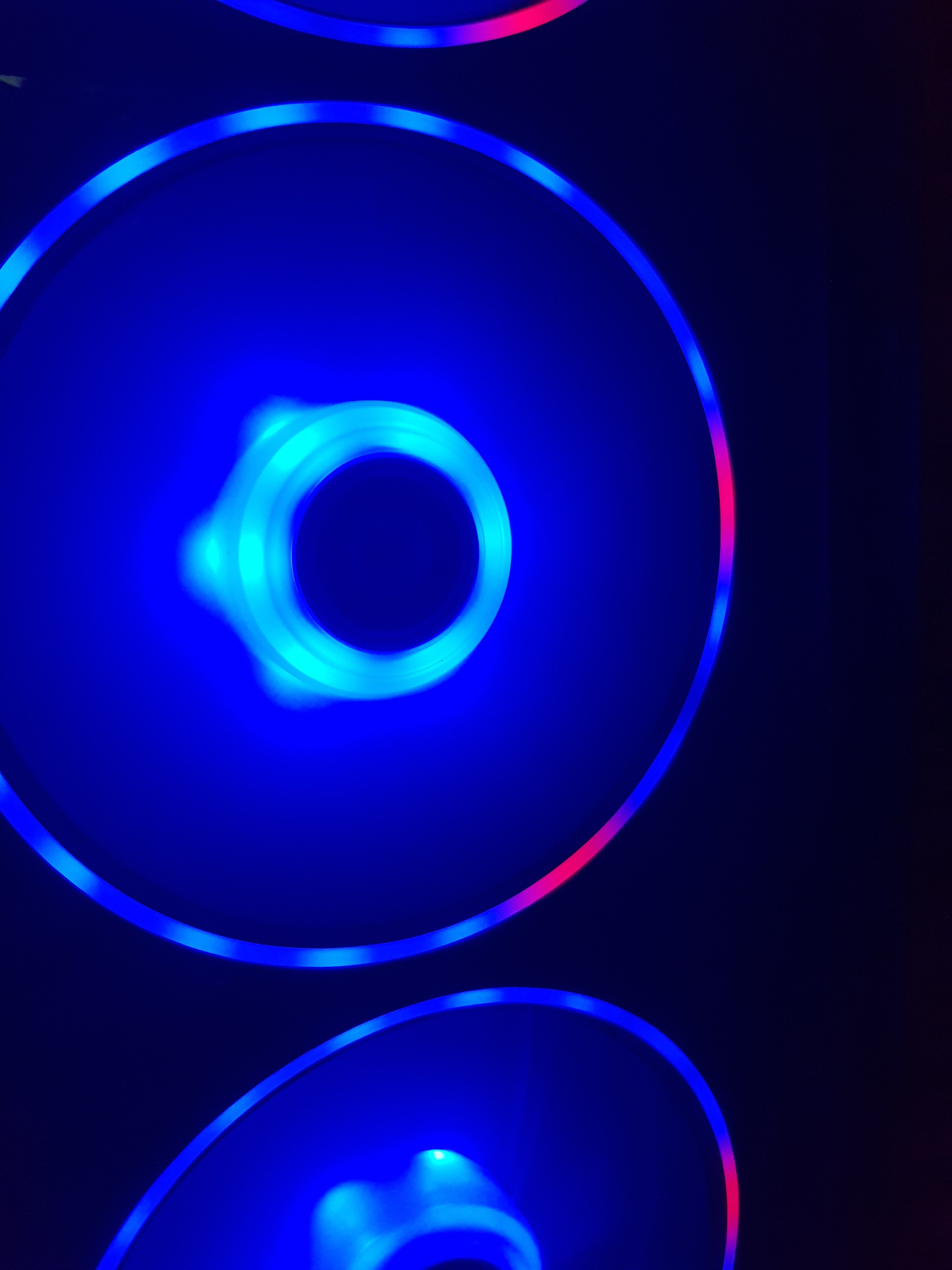 However this isn't as noticeable while using the rainbow default 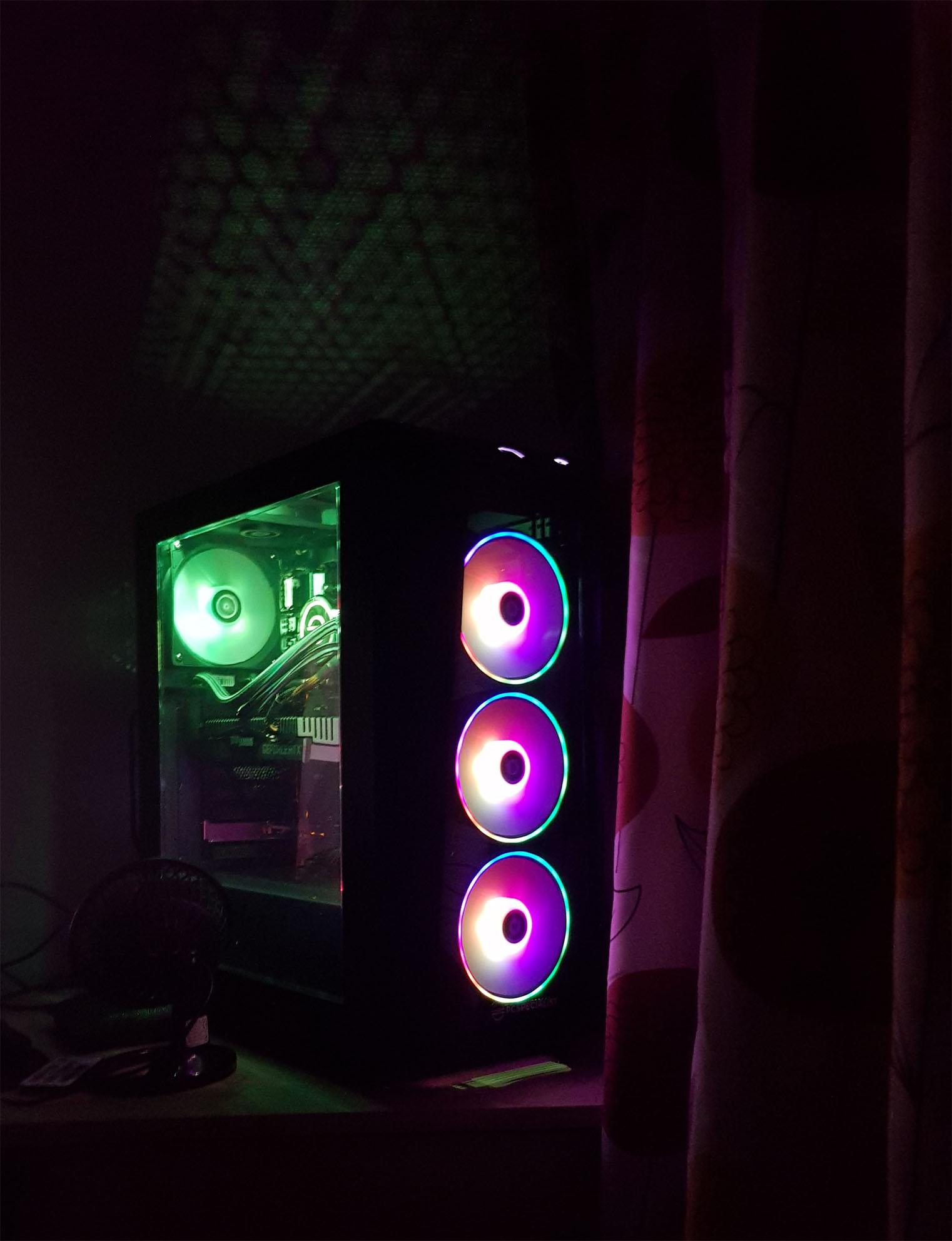 Overall very happy with the system 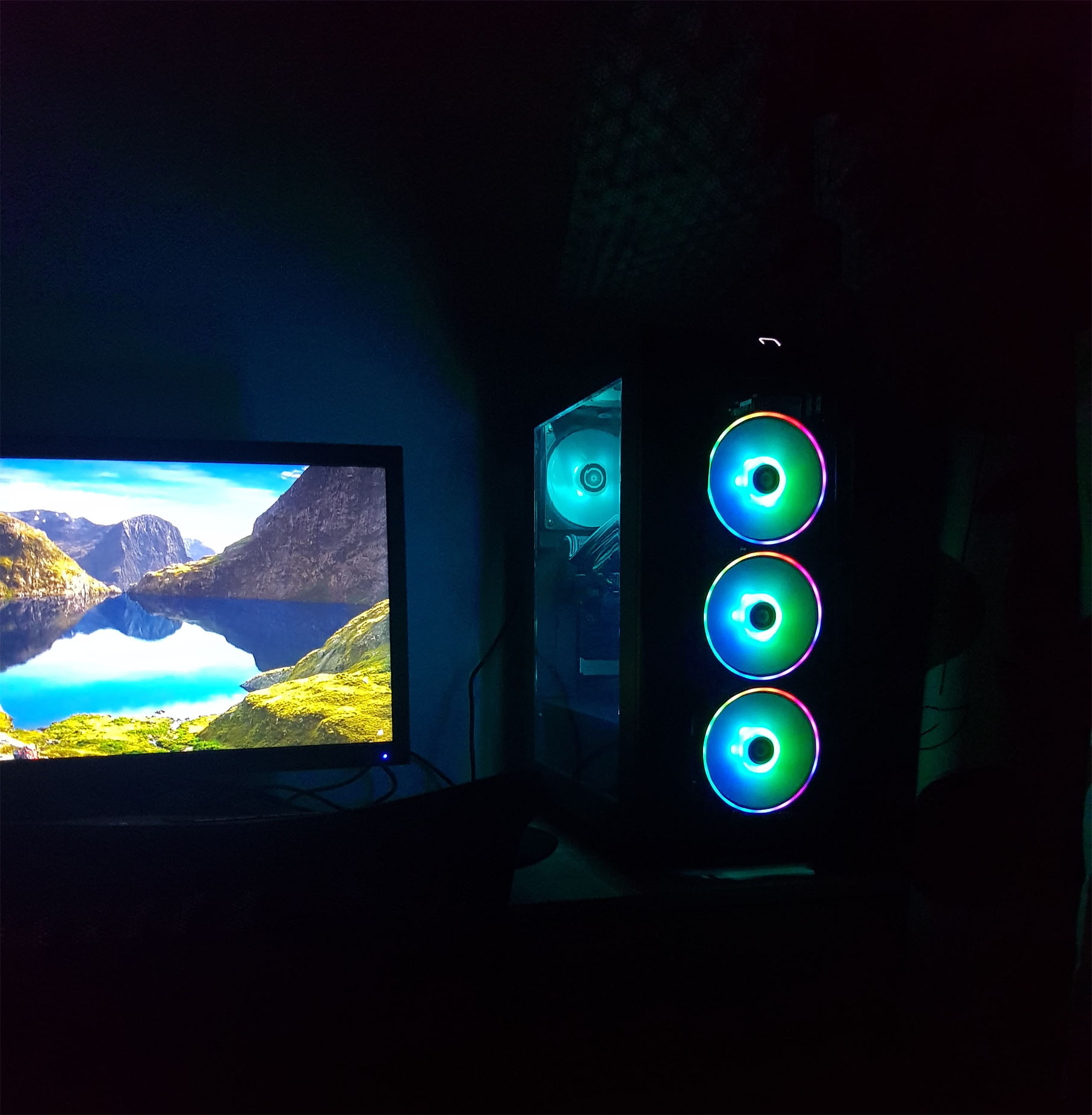