Owner Review - Optimus 17.3” Laptop | PCSPECIALIST
Menu
Log in
Register
You are using an out of date browser. It may not display this or other websites correctly.
You should upgrade or use an alternative browser. 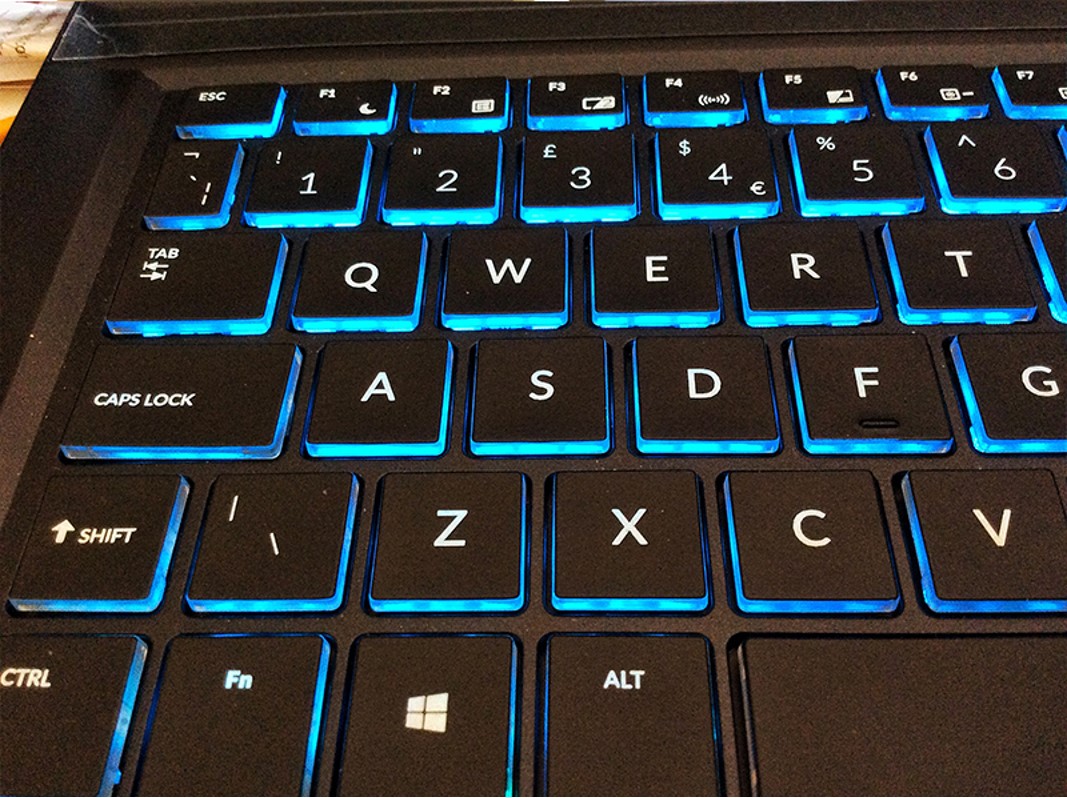 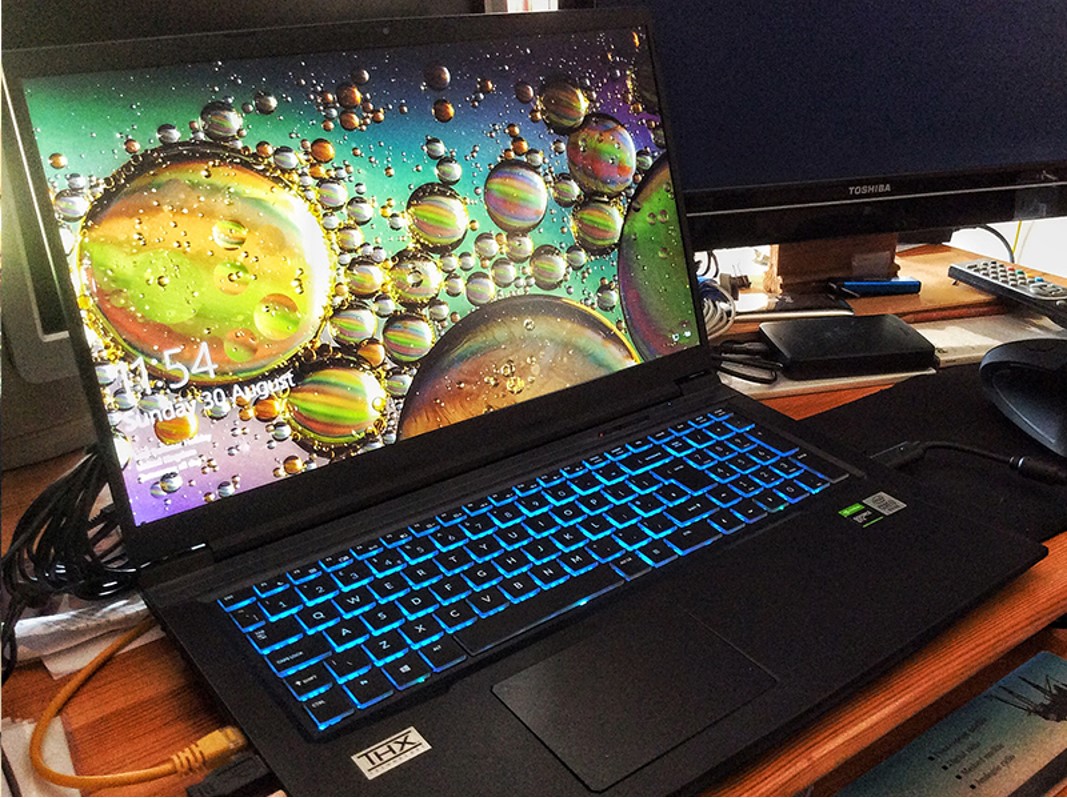 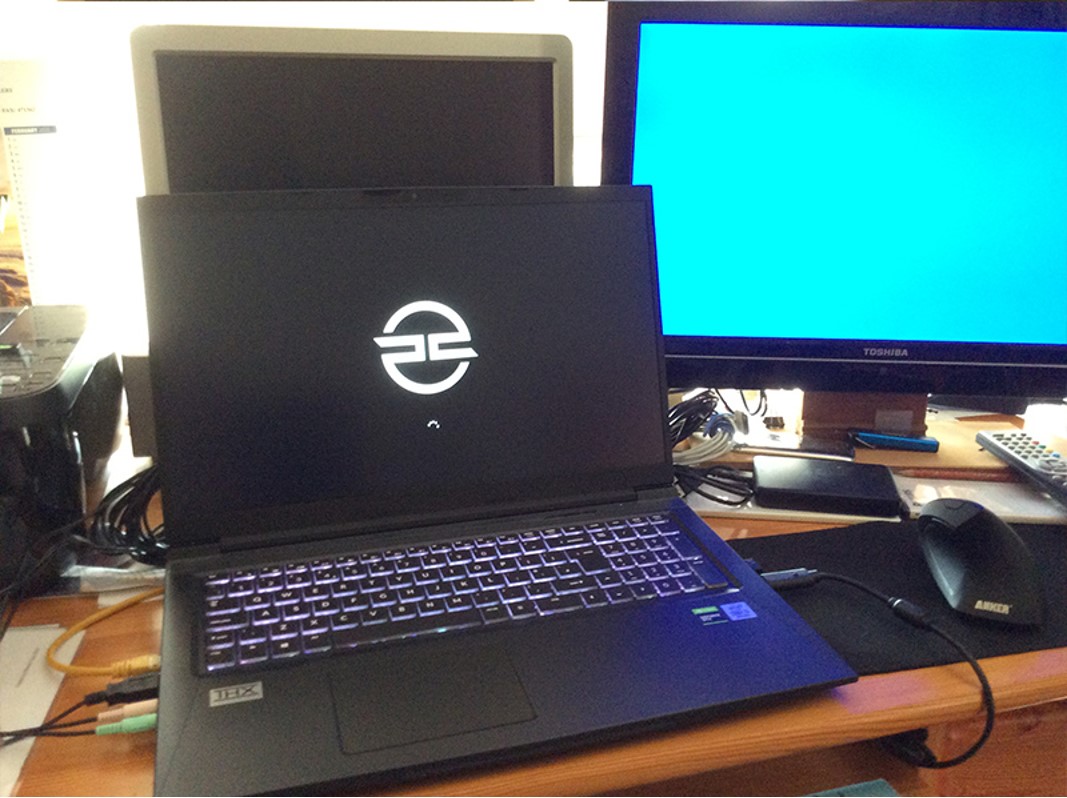 I recently ordered a new laptop computer from PC Specialist after my previous work/game laptop was fried during a lightning storm - electrical surge through the LAN cable!

I received confirmation of the order and was a little disappointed that the expected build & delivery notification was quite a bit longer than had been quoted before I placed the order, however my disappointment proved unfounded when I received regular updates and the laptop was built, tested and despatched well within the originally quoted period.

The laptop arrived well packed in the usual transit box and came with a basic booklet which seems to be rather generic since it described buttons and controls which the laptop did not have and did not explain some specifications that it did have, but hey, a laptop is a laptop, so it was not an issue. Plug it in, leave it to charge, open it up, turn it on..


Positive points:
1) The SSD boot drive is lightning fast! After setting up Windows 10, which proved quick in itself, including a small number of updates, the time to boot to the log on screen is a mere ten seconds or so and once logged on, Windows is ready in a few seconds more. This thrashes my previous laptop which could take up to five minutes!
2) The screen is SHARP! Crystal clear, bright and easily adjustable. One of my included photos shows an image of bubbles at the log on screen and the clarity, saturation and contrast are all great.
3) The keyboard feels solid and well made, with adjustable lighting, making for a nice user experience.
4) Expandability. There is a spare m2 SSD slot that I plan to fill at some point down the line.
5) Weight. It is no lightweight but, as it is a 17.3” monster that is not unusual. It is far lighter than my previous, metal skinned beast though.
6) Work Usage. So far, I’ve edited videos and processed large image files with ease. Photoshop CS6, Affinity Photo, Cyberlink Powerdirector etc all load and function exceptionally well - far faster than my other, 3 year old laptop that was also an i7. I have also used Blender 3D and 3D Zephyr and the laptop just gets on with it at speed. I’m very happy and impressed.
7) Gaming. Playing COD Warzone and similar games are nota problem - good frame rates that don’t match the 144 Hz of the pricey 2080 but don’t appear glitchy or stuttery at all. The irritatingly regular updates are not an issue either with the decent card fitted.

Negative points:
1) The lid/screen casing feels a little flimsy and the advice is to open it on both sides together. I might be being a little harsh since my last laptop was very solid and had a metal case. In actual use I use one hand and open it from the middle without issue.
2) The power brick is huge! Ok, not really but at around 15x7x2cm it is big compared to any I’ve had before.
3) I could do with more USB 3 sockets. There are only two, backed up with a USB 2 socket. There is a USB C socket at the rear though so...
4) There is Caps Lock light!!! This is probably the only serious niggle I have with the whole system. There needs to be a Caps Lock light, otherwise it is deeply frustrating to find you have entered all your passwords incorrectly or been shouting at people on social media.
5) A manual that actually details all those little f-button features would be a good idea. Some are obvious, such as volume control, but others...

Overall, I’m very pleased with the laptop, it’s performance, build quality and ergonomics. Would I use PC Specialist again? I hope I won’t need to for a while but most certainly ‘Yes!’
S

Can I ask how noisy is this laptop and what's the battery life like?
C

Steven88 said:
Can I ask how noisy is this laptop and what's the battery life like?
Click to expand...

I can’t really comment on the battery life as I’ve only used it on mains power so far but a deciding issue for you may be that the battery is built-in. There is no option to swap batteries over without going inside!
As for the noise, the fan can be a bit ‘noisy’ but that is really down to personal perspective - I use a headset when gaming so I have never been bothered by it. If working hard with video/stills it is probably the noisiest fan I’ve ever had but, then again, I’ve never had a computer with such high specs. I should note that the noise is not whiney, like bearings, just wind noise as the air is being pushed about. Sorry I couldn’t be more helpful.
S

You can swap out an internal battery just the same as an external, just takes a more surgical approach.